Let’s face it, the interior of modern cars has the feeling of operating a smartphone on wheels, and the services provided by smartphones have also been ported or tethered to the infotainment systems on board the vehicle. In recent years the telecom industry has also started to build additional applications and services together with the automotive industry. This was usually referred to as ‘telematics services’.

Currently vehicles are using applications to exchange the data with the cloud-based servers via a mobile radio network, sharing their position/movement and getting valuable information such as hazard warnings, traffic information, and free parking spaces. This also allows novel new usage of cars such as car sharing or live carpooling, and specific applications for this are now widely available. The next generation of these applications will provide vehicles with the latest software updates and up-to-date and accurate High Definition map data for autonomous driving in real time. The applications will be integrated more closely with the vehicle and place high demands on data throughput, latency, and reliability of the mobile radio connection.

Telematics services assist the decision-making of the driver, or of the algorithms controlling the autonomous vehicle such as ADAS systems. These Advanced driver-assistance systems (ADAS) rely on various sensors to make safety decisions. ADAS systems initially began by using sensors such as RADAR for distance and object sensing. To improve their representation of the world, ADAS started to fuse information coming from additional information such as Video and Lidar. This enables the build of a 3D model of the world surrounding the vehicle. However, one main limitation is its inability to see beyond the line of sight. This is where wireless networking can help as it communicates to the infrastructure or between cars, so the car connectivity is now becoming an essential addition to safety and the user experience. These types of V2X communications allow the car to ‘see around the corner’ to be aware of a pedestrian crossing, or to ‘see through the truck in front’ to know of a vehicle coming in the opposite direction.

An approach for testing ADAS and Telematics services is to take it to the road. Road testing requires millions of miles to validate implementations, even then not every situation can be encountered. Reproducibility to test a given scenario is difficult, and in particular testing a given scenario for wireless communication is challenging. The cellular network signal can fluctuate with the weather, network load, and the availability of the required network (LTE, 5G …).

Simulating the world ‘virtually’ in a lab is one solution to obtain reproducible results. It also cuts the cost and time required to validate releases before going to the road. Road testing is still seen as essential but is now considered the last step of testing, as virtual testing becomes more realistic and capable.

Traditionally, connected cars have been tested in labs the same way as a smartphone. Building on a suite of predefined test cases that can be run sequentially, providing a known sequence of inputs and ensuring that results fall within the expected range or follow an expected behaviour. This is referred to as open loop testing.

Considering the life cycle and importance of reliability, security and longevity, it has become apparent that this is not enough. A better representation of the real world is needed, moving away from predefined test cases and user scenarios. This is why virtual driving is becoming an essential tool for pre-validation. In a virtual world scenario testing starts with the same initial conditions, but the responses made by the vehicle can feedback and change the test inputs in real time. This is referred to as closed loop testing. How the vehicle responds to the test environment will then dynamically change the test configuration. For example, if the vehicle under test decides to change lane due to lane closure ahead, then surrounding vehicles can also respond to avoid a crash.

Software in the Loop provides a pure software simulation environment, where a software algorithm can be tested and is provided by inputs and feedback loops in a ‘software only’ environment.

Hardware in the Loop goes a step beyond the software simulation, by testing algorithms running on real hardware and providing actual hardware signals to/from the hardware platform running the algorithm.

Currently, ‘Software in the Loop’ represent 95% of the virtual driving for autonomous cars. Only 5% is done with ‘Hardware in the Loop’. The trends in the testing industry indicates that more testing is needed when hardware is used, as this validates the algorithm in a more realistic environment.

Testing telematics connectivity to the cloud in HiL

The closed loop approach for telematics testing, proposed in this article is new to the industry. The approach is to equip a HiL test station with a mobile network simulator that provides a realistic test network, consisting of base stations (radio access network) and a mobile radio core network. The HIL simulation can be used to validate the entire chain of effects, from the application in the vehicle to the realistic communication to the cloud service. This article presents a use case from the collaboration between two industry leaders, dSPACE for the HiL system, and Anritsu for the simulator (2G/3G/LTE/5G).

The Anritsu simulator can be connected directly to the Internet or a back-end server, and it exchanges data between the cloud service and the tested application in the vehicle. Wires or antennas can connect the simulator to the communication unit.

The mobile network simulator is controlled from the HIL test bench using a Simulink blockset. This allows configuration of the mobile network to change data throughput and latency, for example. It also supports mobility scenarios such as a handover (changing from one cell site to another). During a virtual test drive, the radio link is transferred from one base station to the next without losing the data link. Another key test case is signal loss, where the radio signal becomes increasingly weaker and even breaks off completely during a drive. The blockset supports the Anritsu MD8475B Signalling Tester (2G/3G/LTE) and is 5G ready for use in combination with the 5G Communication Tester MT8000A.

5G deployments are expected to use more network features such as Network Slicing, and Mobile Edge Computing (MEC). The combination of these features in the network will affect reliability, quality, and latency, as they aim to optimise these parameters for specific applications such as automotive. So, the ability to simulate the impact of availability and performance of these network features will further push the testing requirements, as scenarios with or without these features need to be validated. A HIL system using the MT8000A network simulator can support such ‘end to end Network Slicing and MEC’ configurations that are expected to be an important element of 5G automotive use cases.

Virtual Driving paving the way for validation and approval

The Automotive industries are actively defining the scenarios needed to validate the functions in autonomous cars, reducing the infinite set of combinations encountered on the road to a subset of essential scenarios is a crucial job. This subset will pave the way for the industry to build an approval framework to validate the safety of ADAS systems and autonomous vehicles. For now, scenarios focus on environmental conditions that would impact the current sensor inputs such as Radar/video/ Lidar.

In addition, it is expected cellular connectivity will play an increasing role in the sensor fusion decision-making of autonomous cars in the future. With the evolution of wireless networks in 5G providing specific automotive functions, more and more features such as Cellular Vehicle-to-Everything (C-V2X) will become important.

Two of the most exciting use cases for 5G are sensor sharing and remote driving. The sensor sharing use case requires connection to/from central server to enrich and augment the vehicle’s own local data with situational awareness data. For remote driving, the requirements on reliability and low latency for the radio connection are critical to ensure safe remote driving. A ‘Hardware in Loop’ system with cellular connectivity is the perfect test bed for research, prototyping and validating behaviour and performance when adding these cellular connectivity features into the vehicle control systems. 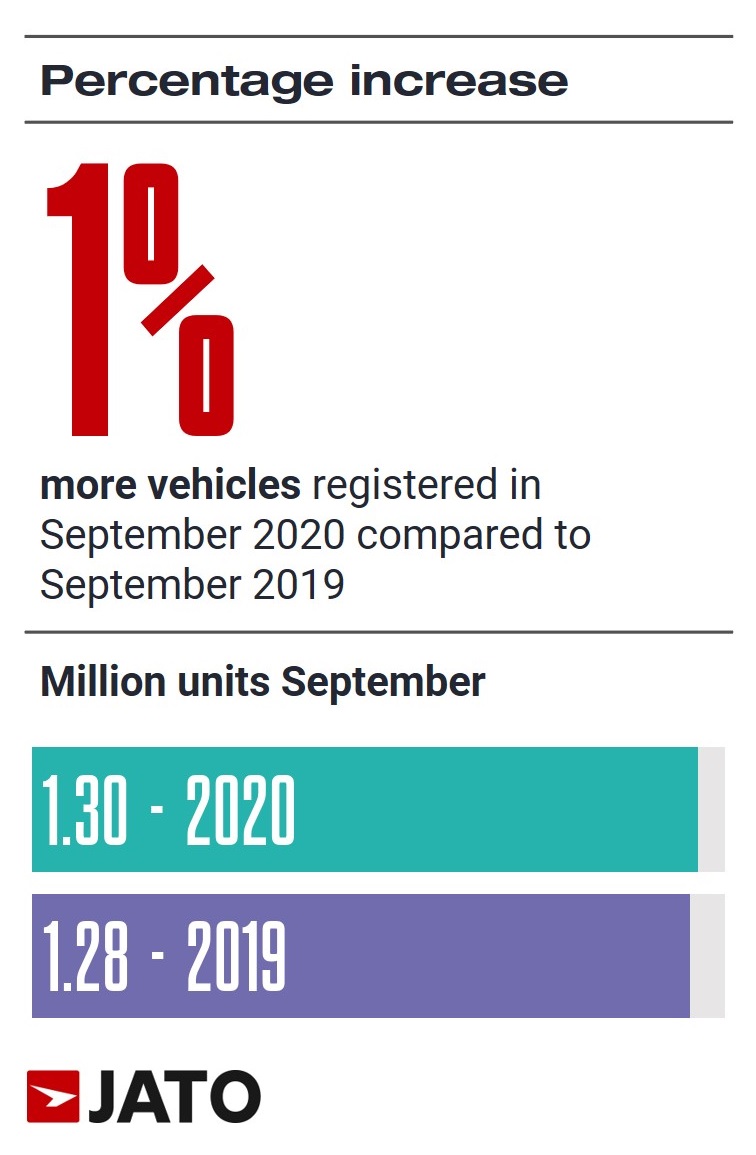 IN SEPTEMBER 2020, FOR THE FIRST TIME IN EUROPEAN HISTORY, REGISTRATIONS FOR ELECTRIFIED VEHICLES OVERTOOK DIESEL 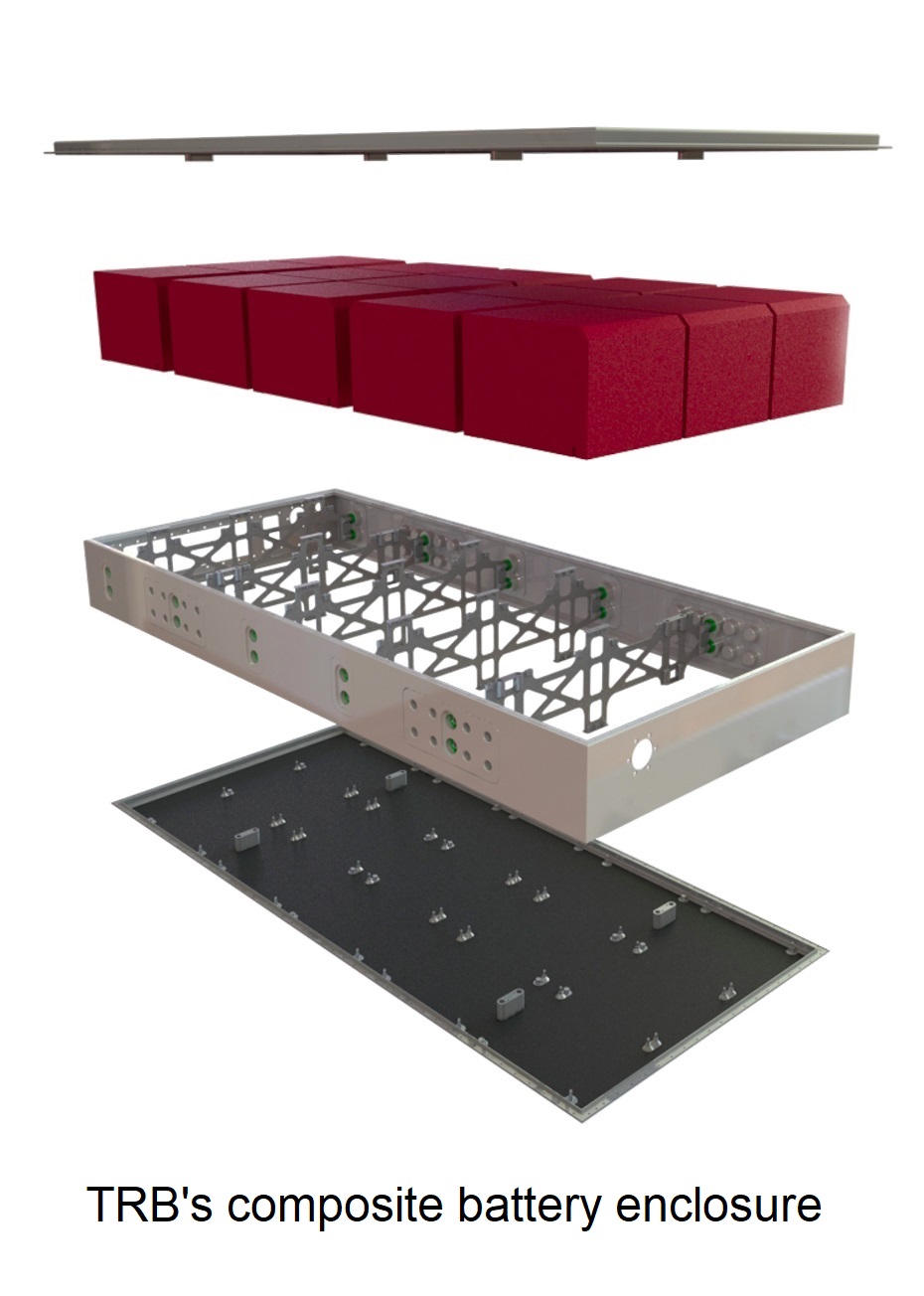 View the latest edition of the digital magazine